Thursday, September 12th –
Nestled in among the stressful 😫 and antagonistic 😈 vibes from the planets today is a good amount of harmonious 🥰 energy that may cause confusion 🤔 between the assertive side, which wants action and the other side which wants to fantasize and do daydreaming 🧚🏽‍♀️. Learning to integrate the two sides will bring out the creative energy. The Sign of Capricorn ♑️ is about using systems of organization 📥 for information, and with Pluto and Saturn both there, in retrograde, some of these systems are impaired. Coupled with the Moon 🌝 in Aquarius 🏺 urging for more in-depth reasoning, we could all go bonkers 🤪. The top side of this boosted vibe is giving a high energy level, and a call to, right the wrongs ⚖️ in the personal environment. Beware turning into Crusader Rabbit 👮🏼‍♂️and ruffling feathers on those accused of wrongdoing. Because of the large quantity of psychism abounding, here is a tidbit: one way to be aware of psychic vampire 🧛🏻‍♀️ attack is when you are thinking about something and, without any connection or recognition of any aspect of it in your thoughts, there is thoughts about someone else happening. Seemingly quite normal, but the way that particular thought became your thought was that someone else is thinking strongly about you and has used the psychic connection to breach your mental barriers 🙅🏼‍♀️. The need is for shielding 🛡 that is strong. If you do not have a visualization to put such protection in place, contact me, I have one. 🙋🏼‍♂️

Wednesday, September 11th –
What with the Sun in Virgo ♍️ Opposing Neptune in Pisces ♓️ and radiating the smoke and mirrors trick into reality that makes it quite harder to see things clearly 🙄, finish up projects or end bad habits; we’ve got Mercury getting cheeky with Pluto, which may shake self confidence 😕 somewhat and cast doubts. IT’S A TRICK! Smoke and Mirrors! Reaffirm the self to the self and with that assurance 😎, go forth with vigor. The Moon 🌝 in Aquarius ♒️ is endowing with the common sense and self confidence factor so we can take on responsibilities with a sense of ease 😌. With the planets struggling against each other, the potential for that to translate into those same stresses transmitted into home and family environments. I do advise to cleanse those vibes as quickly as the storm ⛈ has passed. The strongest commercially available metaphysical vibration cleaning is with sage smudgers. Going room to room, entering every room, bathroom and closet, to spread the smoke 💨 of the sacred herb, with laughter and merriment 🤹🏽‍♂️ so even if you don’t know enough jokes, just make the HaHaHa 🤣 sound of laughter. Laughter dispels lingering anger and frustration and the joyfulness of it permeates the area with spirit protection. While cleaning the house, go inward with your thoughts to yourself and put in place strong walls that can resist even the most powerful of thoughts, energies or entities from the exterior. 💪🏽❤️

Almost every area of life is being affected by astrological energy this week 😟. Yesterday and today, Venus makes it’s only opposition to Neptune for the whole year, which can bring out confusion 😞 in determining what is real and what is not. Conflict may arise in personal relationships because of a lack of discernment. We can be caught in a web of fantasies 😍 and romantic illusions and become easily deceived in close relationships 😲. The high side is heightened talents for the ability to make the necessary changes demanded within close relationships. The Neptune influence also promotes the gregarious and unconventional, original and objective traits, bring life to be viewed from a more intellectual 💡 stance and endowing with abilities to develop new and original ideas and projects, particularly when working with groups of people. So, let’s all get together and feel alright.

Tuesday, September 3rd –
The Moon 🌚 is in Scorpio ♏️ , the most emotionally intense 😫 sign of the zodiac; so expect a lot of dramatics 🦹‍♀️ and acting out of feelings today, especially from those with Scorpio prominent in the birth charts, either Sun or Moon. This energy also enables opportunities to express these deeper feelings ❤️ and thoughts well and make decisions based on a blend of heart and mind. It makes balancing personal needs with the duty felt to others clearer and easier. The Moon 🌙 connecting with Mars boosts the self-assured 💪🏽 and assertive aspects of the mindset, increasing the ability to identify and achieve ambitions. Scorpio ♏️ is a feminine 💅🏼 water 💧sign, increasing higher levels of intuition and an unusual level of sensitivity to other people’s feelings. This is a really good day to express the creative and artistic 🎧talents because of the unusual path it could take. As always, whenever Scorpio is present, the passionate, enthusiastic pursuit of hug-a-hunny action will abound and tonight is no exception. 😍 WaHoo!!!

September 2nd –
Conflict 🤬 can arise in life today because of the potential to see-saw between the intellect 💡 and the emotions 😫. The lesson being taught is to learn to trust the unique realm of feelings that can be balanced with the intellect; which are intuition 🔮 and inspiration. The intensity between Mars and Uranus can promote the trait of being able to initiate actions, and take risks, at times acting too impulsively 😵. This same vibe endows with inventive mindset, which can give us a little more overly optimistic 🤩 and idealistic approach to life. The Sun ☀️ conflicting Uranus brings out the tendency to be prone to excessive behavior 🤪and be more egotistical. The upside is increased common sense and self confidence 😏. So, when we put all of the preceding together we get: This is a great day for pioneering new goals or plans of action, but ☝🏼 being over confident and initiating egotistically driven actions can require mental regulation. Look 👀 before the leap, think 🤔 before the speech and always have a reasonable optimistic attitude 😊

Sunday, September 1st –
The Moon 🌚 in Libra ♎️ heralds a call for calmness yoga 🧘‍♀️ and serenity 😌, bringing a momentary lull in the frantic energy of the past few days and the coming week, which is filled with planetary confrontations 👺. Today, Jupiter urges for generosity and kindness 😘 and endows with a keener sense of optimism 🤩, but it is still the Virgo influence from the Sun, Mercury, Venus and Mars that is dominant. The aspect of Virgo ♍️ analysis 📈 and criticism to beware of is going into judgment about our observations of others because of the threat of turning that judgmental element back on ourselves and we will be harsher than anyone else would be 🥺. Saturn, Uranus and Pluto are still retrograde, making the systematic processing of information 📊 and communication 🗣 much more important; and keeping it practical and reasonable can also be a challenge. The Sun ☀️ in Virgo endows with added talent for being an effective communicator that enjoys intellectual stimulation and will probably look for new avenues through which to communicate ideas. Mars in Virgo promotes being a diligent worker 👩🏽‍💻who can sometimes be impulsive and have an overly optimistic and idealistic approach to life. The Venus ❤️ in Virgo downside is being a tad more prone to excesses, especially with food and sex. 👆🏼Speaking of sex, here’s a tidbit most men don’t want to hear: The reason men have nipples is because we all started out female in the womb and male genitalia are an afterthought, an add-on 🙃. lol 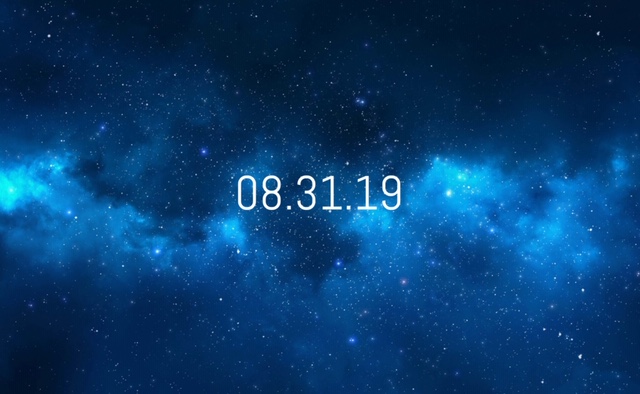 Saturday, August 31st –
The Moon 🌚 has progressed into Libra ♎️ bringing a more pronounced desire for harmonious ⚖️ conditions and situations. Today’s stresses are still all on that pesky Virgonian analysis 📊 and criticism and the urges for extra factual and realistic processing of information, which can be ever so nitpicky and probably fussy too. One rather odd and unusual vibe from this combo of energy is a call to be moral and ethical ☝🏼. Ethics is to know that stealing is wrong, being moral is not doing it. Personal karma is caused by what we feel and think about what we have done; so those with a strong conscience should avoid doing anything that can bring about self incrimination and induce repercussions, such as dropping the phone 📱 in the toilet, the computer freezing up, car problems and the fringes of life to deteriorate. The feminine side of vibration (a receptive and magnetic nature) is very emphasized making appreciation of loving conditions 🥰easier and the intuitional sensing more acute and accurate. When you ‘know’, trust it, because you do know you know. 🤔 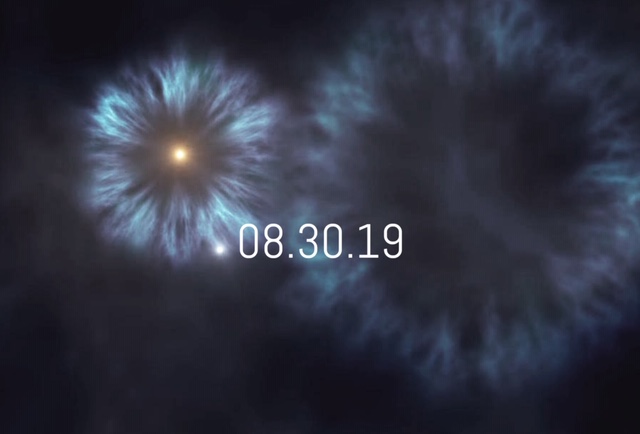 Friday, August 30th –
This is the New Moon 🌚 in Virgo ♍️ and she is Trine to Uranus and that can bring happy surprises to the work space or health issues. It’s also a signal that this is an advantageous time to make adjustments and corrections to the life path. The Moon 🌙 is transiting past Venus ❤️, bringing out the calmer and gentler side and enhancing the enjoyment of the company of friends and associates. This combo also heightens the appreciation of art 🖼 and beauty 😍 and a tad stronger attraction for music 🎶 , nature, and spiritual 🧘‍♂️ pursuits. With Mars she does impact the mindscape by turning up the amps on being more impulsive, assertive and emotional, although perhaps not so sensitive to the feelings of others 😕. The Moon, Venus, Mars vibe is also the notice that the love light is lit and will shine ever so brightly this evening so hug-a-hunny activity is strongly advised.

Thursday, August 29th –
The Moon 🌚 moves into Virgo ♍️ this afternoon, coupling up with the Sun 🌞 , producing the energy for new beginnings in at least one area of life, but might also give myopic vision that can lack objectivity and perspective. The dynamic vibration of the Sun can overpower the Moon; bringing the ego 😏 into prominence and emotions into submission to it. Try to not take things too personally and head for the train wreck 🚞 of perceiving that everything is all about you. The upside is a joining with Mercury, enhancing the intuitive and imaginative 💡 faculties, making it easier to sense other people’s thoughts and feelings. This is one of those days when you think of someone and then your phone rings and it’s them. For the next 2 days we will have five planets in Virgo, emphasizing the Virgo traits to the maximum. Those with Virgo prominent in their birth charts will be doubly affected and become super computers eschewing data 📈 a mile a minute, so expect the thoughts to hop from thought to thought faster than ever. 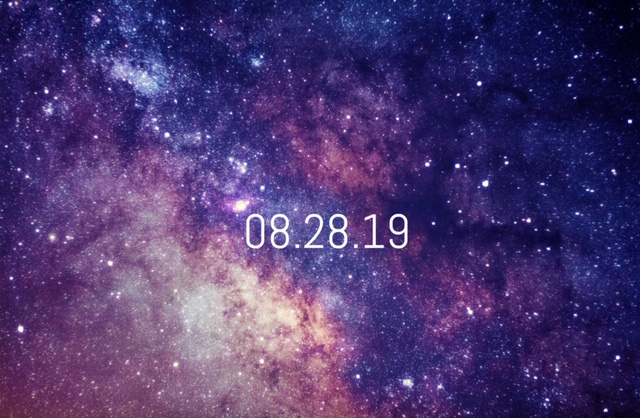 Wednesday, August 28th –
The Sun ☀️ in Virgo ♍️ is harmonizing well with Mercury and Mars, stimulating the ability to be an effective communicator 🗣 that, more than usual, enjoys intellectual stimulation 🧠, and the willingness to seek new avenues through which to communicate ideas 💡 . The conjunction with Mars brings thoughts 💭 and actions out in a very energetic manner, which can turn impulsive without plans 🗺 to follow. There is also a heightened love of adventure 🚴🏽‍♀️, or anything that provides an outlet for this boundless energy. Caution: there is a trend to be idealistic and thus, easily hurt 😔. Today’s vibration arouses the inventive and unique talents that can have us interested in out of the ordinary pursuits. These same vibes can have a down side, which is to become erratic and stubborn in our efforts to stand out from the crowd 🏆. Once we have gained the perspective to view things from all aspects, our intuitive and exciting nature will flourish.